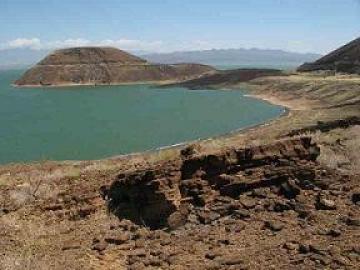 This study, by the Nairobi-based consultant hydrologist and civil engineer, Dr Sean Avery, is one of the outcomes of the AHRC funded project, ‘Landscape people and parks: environmental change in the Lower Omo Valley, southwestern Ethiopia’, run by Professor David Anderson and Dr David Turton between 2007 and 2010. As work on this project proceeded,  it became clear that the landscape of the lower Omo would soon undergo one of the biggest transformations in its history, thanks to the Gibe III hydropower dam which had just begun construction in the middle basin of the Omo, about 600 kilometres upstream from Lake Turkana. Due for completion in 2014, Gibe III will regulate the flow of the Omo and permanently modify the annual flood regime upon which the agro-pastoralists of the lower Omo depend for their livelihoods. Furthermore, by uplifting the natural low flows in the river, the dam will make possible reliable large-scale irrigation development in the lower basin.

Since the Omo supplies 90 per cent of the water entering Kenya’s Lake Turkana, the regulation of the Omo flows and the abstraction of Omo water for large-scale irrigation will alter the hydrological inflow patterns to Lake Turkana. This will directly impact the ecology of the lake, which is Kenya’s largest, and the world’s largest desert lake. The consequences of large irrigation abstractions were not mentioned in any of the environmental impact assessments commissioned by the Gibe III dam builders.  An assessment was made, however, by Dr Avery in a report commissioned by the African Development Bank (AFDB) and submitted in 2010. This was before any official announcement had been made of the extent of planned irrigation in the lower Omo. Nevertheless, by using irrigation water demand forecasts from the Omo Basin Master Plan and a future hypothetical scenario, it was shown that the lake could drop by 20 metres or more, causing, amongst other things, a significant reduction in the productivity of its fisheries.  The AFDB report also warned of the cumulative impacts of other associated developments and recommended that these be evaluated. 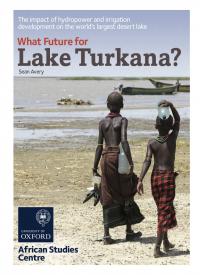 A few months after the AFDB report was submitted, the full extent of planned irrigation development in the lower Omo became clearer, with the announcement that the state-run Ethiopian Sugar Corporation would soon begin developing 150,000 hectares of irrigated sugar plantations. This was on land largely taken from existing protected areas and was additional to other land in the lower Omo that had already been allocated to, or earmarked for development by, private investors. It appeared that the lower Omo was set to become by far the largest irrigation complex in Ethiopia. We therefore asked Dr Avery to undertake a second study, on behalf of the ‘Landscape, people and parks’ project, updating and consolidating his earlier findings on the hydrological impacts on the lower Omo and Lake Turkana. This report, which can be downloaded below, constitutes the most complete, detailed and authoritative assessment yet made of the impact of river basin development in the Omo Valley on the Lake Turkana Basin.

Finally, Dr Avery has summarized his conclusions in an illustrated booklet entitled What future for Lake Turkana: the impact of hydropower and irrigation development on the world’s largest desert lake.

Booklet: What Future for Lake Turkana? The impact of hydropower and irrigation development on the world's largest desert lake