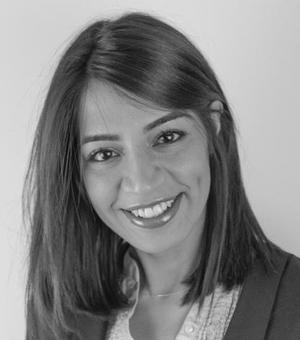 Maryam Aslany is an economic sociologist of international development. She is currently a Senior Researcher at the Peace Research Institute Oslo (PRIO), where she is working on ‘Future Migration as Present Fact’ (FUMI), an ERC project led by Professor Jørgen Carling. Focussing on Cape Verde, Ghana and The Gambia, FUMI explores the impact of unfulfilled migration aspirations, and the ways in which migration that has not yet taken place shape the lives of individuals and the development of societies.

Following her doctorate, she joined Wolfson College, Oxford, as a Career Development Researcher and Junior Research Fellow, where she worked on the political economy of climate change adaptation in rural India and Fiji. Aslany’s research interests include: patterns of global migration; climate-induced migration; the political economy of climate change adaptation; and informal labour and rural middle-class formation in low and middle-income countries. She is also interested in innovative mixed methods in social-science research.

Aslany, M. and Brincat, S. (in preparation) ‘Village Societies and Their Lived Experience with Climate Change: A case study of Ono Island in Fiji’, to be submitted to The Journal of Peasant Studies.