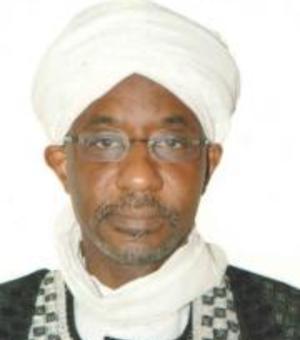 His Highness Muhammad Sanusi II became the 14th Fulani Emir of Kano on 8 June, 2014. It is a role he desired and for which he prepared himself throughout much of his life.

Born July 31, 1961 to Muhammad Aminu Sanusi and Saudatu Anduwa Hussain, Sanusi descends from a lineage marked by its combination of royal blood and public service, in the spiritual as well as the temporal domain. Numerous imams and judges are to be found among his forebears. Sanusi’s father, who held the princely title of Chiroma of Kano, was a pioneer career diplomat of Nigeria.
He was charged with setting of Nigerian intelligent services by the late Sir Abubakar Tafawa Balewa in 1961.He served as Nigerian High Commissioner to Canada. He also served as Nigerian ambassador to
Belgium. In 1972 he became Nigerian first Ambassador to the People Republic of China. He retired in 1979 as Permanent Secretary, Federal Ministry of External Affairs.

Sanusi was the cherished grandson of Emir Muhammad Sanusi I (r. 1954-1963), known for his strength of character and public spiritedness. Credited with modernizing Kano’s economy through industrial
development, irrigation projects, and the opening of an international airport, Muhammad Sanusi I also reinvigorated the emir’s moral and spiritual role by exercising the right to lead Friday prayers and serve as
shari’a judge. Through adopting his grandfather’s official title and other symbolic actions, Muhammad Sanusi II has explicitly signalled the continuity between his and his grandfather’s reigns.

After childhood Qur’anic studies and elementary school, Sanusi entered King’s College Lagos, then earned a bachelor’s and master’s degree in economics at Ahmadu Bello University, Zaria -- where he also taught economics. In 1985, he launched a distinguished banking career at ICON Ltd. Merchant Bankers, a subsidiary of Morgan Guaranty Trust and Baring Brothers. Later, he joined United Bank for Africa, running its credit and risk management division and then rising to the position of general manager. In 2005, he moved to First Bank, where he was appointed group managing director in 2009. Alongside this work in the financial industry, Sanusi never ceased pursuing his scholarship in Islamic history, thought, and law. After years of private study under the tutorial of a number of learned ulama', he left banking to enrol in the Africa International University in Khartoum, Sudan, where he earned a degree in Islamic studies and fiqh in 1997. In June 2009, Nigerian President Umaru Musa Yar’adua appointed Sanusi governor of the central bank. It was a trying moment to take up such a post: the world was reeling in the throes of the worst financial crisis since the Great Depression. Nigerian banks had hardly escaped the impact: corroded by corruption, mismanagement, and reckless and fraudulent lending practices, twenty-four banks were on the brink of collapse. Sanusi pursued an approach unrivalled anywhere in the world. On the one hand, he mobilized some NGN 400b ($2.1b.) to bail out key establishments. But simultaneously, he insisted on repercussions for those responsible. Several managing directors were sacked as part of the deal, and some sixteen faced criminal charges. One received a jail term. In no other country were the individuals whose decisions contributed to the 2008 financial crisis held personally responsible on such a scale. In recognition, The Banker Magazine named Sanusi the World’s Best Central Bank Governor of the Year for 2011. Acknowledging that few names achieve consensus on any judging panel, the magazine remarked on the exception: “When it came to finding the best global central bank governor of the year, Mr. Sanusi was chosen unanimously.” The magazine lauded his “radical anti-corruption campaign,” which “salvaged a crumbling financial sector,” and “reforms that have put Africa’s most promising market back on the map for
investors.” Emir Sanusi pioneered the introduction of Islamic banking into the Nigerian banking sector when he was Governor of the Central Bank, and he received the Global Islamic Finance Leadership Award (GIFA) and became the GIFA Laureate of 2015. He had earlier been given the Global Islamic Finance Excellence Award in 2013.

In late 2013, Sanusi began drawing attention to a grievous shortfall in Nigerian oil revenues. According to his accounts, some $20b, in the proceeds of sales had failed to reach the national budget over an eighteenmonth period. He submitted detailed findings to the Nigerian senate on February 3, 2014, and summoned the managing directors of several banks, warning they would be required to open their books so his examiners could probe suspected shell company activities and other irregularities believed to be linked to the missing billions. On February 20, in the midst of the investigation, President Goodluck Jonathan suspended Sanusi. In reaction, the Nigerian currency (naira) fell to its lowest level since 1999, and bond trading had to be halted. On June 6, 2014, Kano Emir Ado Bayero, Sanusi’s great uncle, passed away, after a half-century reign. Two days later, four kingmakers and Kano Governor Rabiu Kwankwaso announced that Lamido Sanusi was their choice to succeed him. In keeping with his history of outspoken public discourse, both as a government official and when participating in Islamic legal debates, Sanusi has used his Friday sermons as a platform to offer observations on the crucial issues of the day -- not least the burgeoning Boko Haram insurgency.

Many of his comments are aimed at galvanizing his congregation to transcend the fear of death and take more responsibility for their own destinies. Emir Sanusi has remained engaged in the field of Finance and Development, believing strongly that no solution to the social and security challenges faced by Nigeria is possible without development. As Chairman of Black Rhino Group, a portfolio company of Blackstone, he has been driving development of key power and energy infrastructure projects across the African continent. One of the projects in the company's pipeline is a 120 MW solar plant to be set up in Kano to kick start the re-industrialisation process. This is to be followed by two coal fired power plants of 500 MW each. These plants are being built by a JV of Black Rhino and the Dangote Group. The Emir is also chairman of an impact capital fund named Babban Gona (i.e Big Farm). As the name implies this firm is dedicated to agricultural development and the support of small scale rural farmers.

Already operating in 14 Local Government areas of Kano and Kaduna States, Babban Gona organizes farmers into cooperatives, provides them with research data, technical analysis, high yield variety of seeds, inputs, mechanised harvesting and direct links to large buyers for their product. The farmers in this program are having yields that are multiple times the average for their products and Emir Sanusi hopes to reach one million farmers within five years with this program. He continues to bring his wealth of experience and contacts to bear on key development projects like public
health, girl-child education advocacy and reforms of Muslim family law as well as the systems of zakat and auqaf (endowments).

His Highness was awarded various doctorate degrees by among others the following Universities: -

In the course of his carrier as banker, His Highness received various awards including: -

The publication of His Highness including the following: -

“The West and The Rest: Reflections on the Intercultural Dialogue About Shari’ah”, in Ostein, P., Nasir, M. and Kogelmann, F. (eds), Comparative Perspectives on Shari’ah in Nigeria, Spectrum Books, Ibadan, 2005.

“Democracy, Rights and Islam: Theory, Epistemology and the Quest for Synthesis”, in Ibrahim, J. (ed), Sharia Penal and Family Laws in Nigeria and in the Muslim World: Rights Based Approach, Global Rights, 2004

“Muslim Communities in Multi-Religious Milieux: Some Reflections on the Madinan Constitution” in Goethe Institute, Accra, Conflict: What Has Religion Got to do With It? An African-European Dialogue, Woeli Publishing Services, Accra, 2004

“Shariacracy in Nigeria: The Intellectual Roots of Islamist Discourses”, in Osuntokun, A., Beyond Abacha: Companion Essays, Interconsult, Lagos, 2001

“Politics and Sharia in Northern Nigeria”, in Soares, B. F. and Otayek, R., Islam and Muslim Politics in Africa, Palgrave Macmillan, 2007

“The Shari’ah Debate and the Construction of a ‘Muslim’ and ‘Christian’ Identity in Northern Nigeria: A critical Perspective”, Paper, University of Bayreuth, July 11 & 12, 2003

“Interpretive Communities and Religious Tolerance in Islam: Contextualizing the Construction of Extremist Identities” Paper, International Conference on Religion and Conflict, organized by the University of No

“Transparency and Probity in Nigeria: Confronting our Present with our Past”, Paper, Annual National Conference of the Federation of Muslim Women’s associations of Nigeria (FOMWAN), Maiduguri, Nigeria, August 27, 2004

“Interaction Between Government and Religious Actors in Peacemaking”, Paper, International Conference on “Mapping the Terrain: The Role of Religion in Diplomacy and Peacemaking” The International Peace Research Institute (PRIO) and Norwegian Foreign Ministry, Oslo, Norway, February 7-9, 2005.

Dozens of other articles academic papers on politics, the national question, religion and the economy have
been published in various Nigerian newspapers, many of which are available on the internet. See
www.gamji.com/sanusi.htm, and www.nigerdeltacongress.com, among other sites