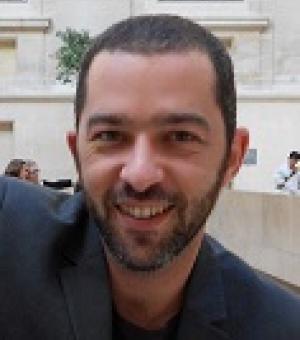 I completed my PhD in Anthropology at the University of Nanterre in 2012 and I am currently a Fyssen postdoctoral fellow (2013-15) affiliated to the African Studies Centre. I held a doctoral fellowship from the musée du quai Branly (2007-2008) and was a research associate under the direction of Ph. Descola at the Collège de France (2010-2011).

My PhD is a monograph of the Bassari, a group of shifting cultivators living in the north of the Republic of Guinea (West Africa). Based on close to two years of fieldwork, this research stresses the close interplay between four essential aspects of their social life: i) a kinship system in which matrilineal descent, virilocal residence and “semi-complex” marriage prohibitions combine to provide the grounds for a continually changing, strategically motivated composition of kinship and residential groupings; ii) an age-grade system that produces, for both males and females, a series of enduring cross-cutting collective identities; iii) the lengthy male initiation ritual that animates this age-grade system and the exceptional entities it gives rise to (masks, “odd-fellows”, etc.); iv) the large-scale public dances in which both collective age-grade identities and the ego-centric relational networks that links particular individuals to others, are expressively enacted. My PhD aimed at providing an ethnographic account of the interplay between kinship and age set through a pragmatic and relational approach of both ritual practice and daily life.

Drawing on my doctoral research but adopting a comparative approach entailing the study of East and West African cases, my postdoctoral project aims to explore the links between certain modalities of initiatory organisation and the recurrence of distinctive choreographic forms. This project seeks to provide a pragmatic description of the relational patterns that dance brings into being in order to better understand how danced interactions contribute to the efficacy of ritual performance. Whether it is a matter of displaying opaque situations that capture participants’ attention by imposing certain perceptual constraints, or of providing unusual bodily and sensate anchoring, the aim is to evaluate to what degree dance may be said to facilitate the emergence of a context in the light of which the relations between different categories of participants (initiators, uninitiated men, women, spiritual agents) can be re-evaluated. By proposing a comparative approach based on a number of detailed case-studies, this project aims to identify the limits of the variability of a widespread empirical phenomenon so as to contribute to discussions on the non-linguistic aspects of ritual communication.

Since 2005 I have also been a member of the research team TIP (Traitement Informatique de la Parenté/Kinship and Computing) which develops analytical tools and methods to the study of empirical kinship networks. This research is funded by the Agence Nationale de la Recherche under the project name “Kinsources” (2013-16).