The Heinemann African Writers Series (AWS), which published 359 books between 1962 and 2003, published most of the works today recognised as the classics of African literature – novels, non-fiction, poems and short stories by (among many others) Chinua Achebe, Ngũgĩ wa Thiong'o, Wole Soyinka and Sembène Ousmane. 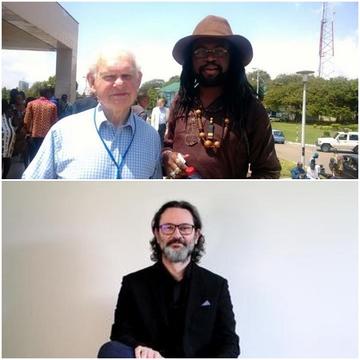 This event celebrates the achievements of the AWS and its most important editor, James Currey, who went on to found James Currey, a leading Oxford-based publisher of non-fiction books. James will discuss the history of African publishing with Nigerian novelist Onyeka Nwelue, founder of the James Currey Society.

Stephen Embleton, the inaugural James Currey fellow and current academic visitor at the African Studies Centre, will speak on the subject of ‘The African Writers Series' Continuing Legacy: From Post-colonialism to Decolonialism’. He will be in discussion with ASC Director Miles Larmer on the future of African fiction, followed by a Question and Answer session. Please join us!