Book Launch: A Rope from the Sky: The Making and Unmaking of the World's Newest State [South Sudan]

Book Launch: A Rope from the Sky: The Making and Unmaking of the World's Newest State [South Sudan]

Light refreshments will be served betwen 4 and 5pm in the Buttery, Hilda Besse building at St Antony's College.

Registration is required for this event! Please register here

Signed copies of the book will be available at the event for £15 (reduced from £20).
Sales will be managed by Amberley Publishing. Cash only payments accepted. 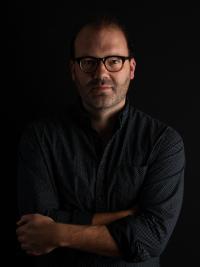 Mr Zach Vertin is a visiting fellow at the Brookings Doha Center. He is also a lecturer of Public and International Affairs at Princeton University. From 2013-2016 he served in the Obama Administration as director of policy for the US Special envoy to Sudan and South Sudan, which spearheaded policymaking on behalf of the State Department and the White House. Vertin previously spent six years at the International Crisis Group, where he served as senior analyst for the Horn of Africa, and as advisor on peace operations and multilateral affairs in the UN Security Council.

Vertin has worked in conflict zones and on a range of peace processes and multilateral negotiations. He was a principal adviser to the chief mediator of the South Sudan peace process 2014-2016, and an architect of a U.S. diplomatic initiative that sought to catalyze change in Sudan by altering the U.S.-Sudan bilateral relationship, an effort that led to a presidential action in 2017. Vertin’s new book A Rope from the Sky: The Making and Unmaking of the World’s Newest State (Amberley Publishing) chronicles the turbulent birth – and subsequent collapse – of the Republic of South Sudan.

Vertin was a fellow at the Woodrow Wilson International Center for Scholars and has consulted for the International Peace Institute, the Atlantic Council, and the U.S. Institute of Peace. He is also a term member at the Council on Foreign Relations. He has published reports, op-eds, and contributed expert commentary to television, radio, print, and online media for: The New York Times, The Washington Post, The Wall Street Journal, Financial Times, LA Times, Foreign Affairs, The Economist, CNN, Al Jazeera, The Guardian, Le Monde, Reuters, Bloomberg, Foreign Policy, and NPR. He earned a bachelor’s degree from St. John’s University and master’s Degree from Princeton University’s Woodrow Wilson School of Public and International Affairs. 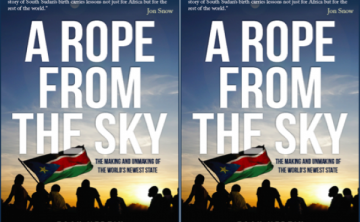 A remarkable chronicle of the West’s attempt to help forge a nation from scratch, from euphoric birth to heart-wrenching collapse

South Sudan’s historic independence was celebrated around the world – a triumph for global justice and a sign that one of the world’s most devastating wars was finally over. But the party would not last; the Republic’s freedom-fighters soon plunged their new nation back into chaos, shattering the promise of liberation and exposing the hubris of their Western backers. An epic tale of paradise won and lost, A Rope from the Sky is an extraordinary journey into the rise and fall of the world’s newest state.

Weaving together narratives local and global, this is first a story of hope, power, greed, and compassion, and conscience-shocking violence from the world’s most neglected patch of territory. But it is also the story of an audacious attempt to forge a state from scratch – an intervention that reflects both the best of the West and its uncomfortable reckoning with the limits of Western power amid a world in disarray.