African Studies Seminar: Why is the Horn different 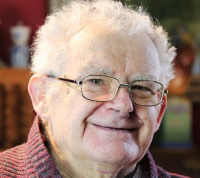 This talk ascribes the distinctive character of the Horn (taken to encompass Djibouti, Eritrea, Ethiopia, Somalia and Somaliland) firstly to its topography, and secondly to its place as the region least affected by colonial logics of state formation. Both Ethiopia (as sub-Saharan African's sole uncolonised indigineous state), and Somalia (as the sole polity to define itself in terms of indigenous ethnicity rather than colonial territoriality) challenge these logics, and rest on alternative conceptions of statehood, derive from origins that place them at odds, both with one another, and with the colonially defined states of Djibouti, Eritrea and Somaliland. This means that frontiers in the Horn, for example, are socially constructed in very different ways from those in post-colonial Africa, and provides an insight (albeit a peculiar one) into the great counterfactual of African history, what might have happened in the absence of colonialism.

It then seeks to provide an overview of the region's trajectory since the critical year of 1991, when Eritrea split from Ethiopia and Somaliland from Somalia, and to explain why each of these two pairs of states has followed a path so different from the other, and from other African states in the post-Cold War era.

CHRISTOPHER CLAPHAM is based at the Centre of African Studies, Cambridge University, and recently retired after fifteen years as editor of The journal of Modern African Studies. He is a specialist in the politics of Ethiopia and the Horn of Africa, and his books include Haile Selassie's Government (1969), Transformation and Continuity in Revolutionary Ethiopia (1988), Africa and the International System: the politics of state survival (1996) and African Guerillas (1998). His latest book, The Horn of Africa: State Formation and Decay, was published in March 2017.