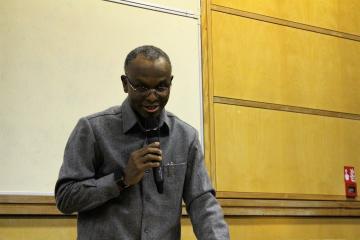 The Governor of Kaduna State, Nasir El-Rufai, has said that Nigeria requires a new elite consensus so that it can achieve its greatest potentials.

The governor said this while delivering a lecture entitled, "Making Progress Amidst Governance and Security Challenges" at the African Studies Centre, University of Oxford, United Kingdom, last week Friday.

Mr. El-Rufai stated that "governance and development in Nigeria require the establishment of a new elite consensus. The current political system nurtures an elite which depend on subverting, rather than improving, governance for political success. Gradually, this has created a culture of distorted values, dependence on godfathers, and rent-seeking. A sense of shared mission has to be established, and new models of political behaviour developed that are compatible with strengthening our capacity to govern and deliver public goods."

He added that "forging elite consensus on these issues will help raise the tenor of national discourse beyond the pedestrian fixation with ethnic and religious conspiracies. Reason must displace empty cacophony."

Responding to questions from the audience, Mr. El-Rufai stated that "Nigeria appears to be a country of permanent future expectations." While praising President Muhammadu Buhari for arresting the alleged slide into chaos under his predecessor, Mr. El-Rufai, who was the Chairman of the ruling APC's Committee on True Federalism, suggested that the federal government "should shed weight" so that the delivery of public goods by the states can be enhanced. In the light of this, the governor wondered if a centralised Nigerian police force was not insufficient for a vast country like Nigeria and her security challenges.

Before he delivered his lecture, the governor was received by the Head of the School of Interdisciplinary Area Studies, Oxford, Rachel Murphy, and the Director of the African Studies Centre, Wale Adebanwi, at the Centre. Accompanying Mr. El-Rufai during his visit to the Centre and St Antony's College, Oxford, were his former chief of staff and current Managing Director of the Nigerian Ports Authority, Hadiza Bala-Usman, his Senior Adviser-Counsellor, Jimi Lawal, and the special adviser on political and intergovernmental relations, Uba Sani.

The governor used the opportunity of his visit to condole with the Africanist community in Oxford University on the death last August of a Nigerian professor, Abdul Raufu Mustapha.

During the lecture, Mr. El-Rufai argued that "Nigeria faces a plethora of governance and security challenges, with profound implications for its national development prospects," adding that though "the country is slowly recovering from recession, too many of our people are very poor and highly vulnerable to further economic fluctuations."

Said the governor: "Nigeria has lost valuable time and endured too many false dawns in its quest for development. We have missed many critical junctures and opportunities to sustain real progress and development, the most recent being the squandering of nearly $400bn of inherited savings and earned income in the Yar'Adua-Jonathan era between 2007 and 2015."

The former Minister of the FCT listed the achievements of his administration in Kaduna State while providing the multiple data on which planning by his administration has operated. Mr. El-Rufai said that his government is changing the political culture in Kaduna State. He explained that "since taking office, we have been focused on our manifesto commitments. This involves dismantling a political culture anchored on distribution and short-term advantage, while making significant and rapid improvements in delivering public goods like schools and hospitals." 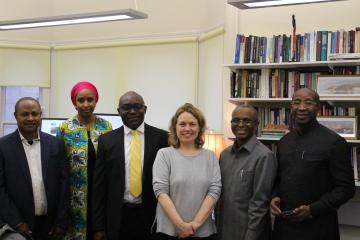 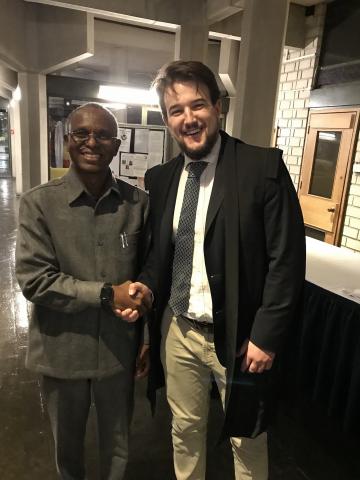 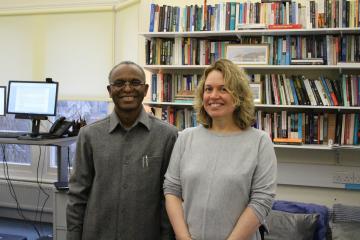