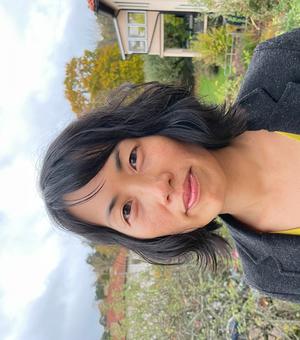 Rebekah’s research concerns the social and cultural history of modern South Africa, and latterly more broadly the history of health and medicine in sub-Saharan Africa. Interdisciplinarity is a core pre-occupation and intellectual orientation – her research explores the productive interface of history with other disciplinary traditions, most prominently anthropology but also the fields of urban studies, development studies, human geography and public health.

Rebekah has published on gender, migration, urbanisation, religion, health and the family, including the recently released book, Health, Healing and Illness in African History (Bloomsbury, 2021), and African Women and Apartheid: Gender and Urbanisation in Southern Africa (I.B. Tauris, 2009). Her work has also appeared in interdisciplinary journals including Africa: The Journal of the International African Institute, Journal of Southern African Studies, Journal of African History and Journal of Women’s History.

She is Editor of the Journal of Southern African Studies and a Council member of the Royal Historical Society. Rebekah has held prestigious visiting fellowships at the Radcliffe Institute (Harvard University) and the Swedish Collegium for Advanced Studies. In 2018 she became a Senior Fellow of the Higher Education Academy. In 2013 she received the Richard Werbner Prize for Visual Ethnography from the Royal Anthropological Institute for her documentary film, ‘The Price of Death’.

Rebekah is currently working on completing her book manuscript, Death and Memory in Modern South Africa, which is a culmination of nearly 15 years of research on the changing meaning and management of death in transitional and post-apartheid South Africa. She is also undertaking a new research project, on road safety and road danger in Africa. Once settled at OSGA, Rebekah will be contributing to the School’s African Studies MSc programme as well as to the new MPhil in Global and Area Studies.